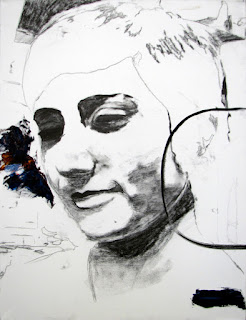 'This selection of matte, surface-oriented work from 2010-present presents a case for the artist's work being primarily concerned with gestural, primal, instinctive mark-making.  There seems to be a consistent deviation from rationality; moments of brilliant representation are hand in glove with interrupted illusions, a cell- phone-at-the-opera disrespect for politeness, rationality, prettiness, and other pristine western aesthetic traditions.  However, through his soulful dedication to pure instinct and intuition, the meta-and-subconscious zeitgeist of the early internet age is boldly and energetically declared, and Quintero's finished works transcend the rudeness of their age, and become celebratory, as much as they are defiant (and elegiac) of the high art of the hitherto defunct Western canon, in favor of a celebration of space, of wildness, of an amor fate that links him as much to the existentialism of mid century modernists as it does to the street art of Banksy.'
Post a Comment
Read more 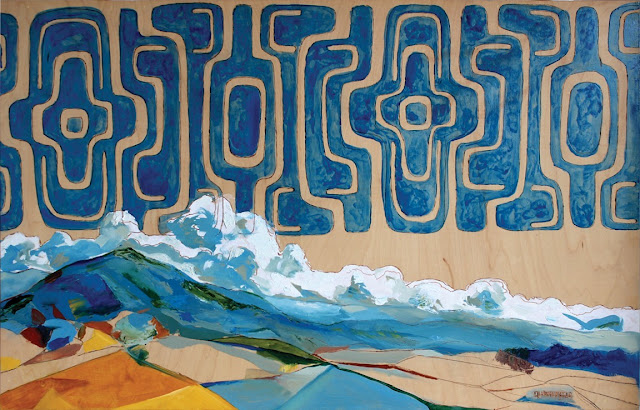 April is the cruelest month, breeding Lilacs out of the dead land, mixing Memory and desire, stirring Dull roots with spring rain -T.S. Eliot, “The Wasteland”      Today, I am hiding out from the atrocious pollen count in California (I always thought that Elliot was talking about allergies--as it turns out, he was talking about  the cruelty of hope in a hopeless time , according to Michael Austin (thanks Google!)) by staying in my apartment with the blinds drawn and furiously eating bee pollen to try and force my immune system to bee friends with it (get it?).  It has been more than a year since I have written a blog post.  I can't seem to crack the algorithm on the old facestergrammers, and, at any rate, there is no slowness there, no space for thought and reflection, for development, for depth. And, so.... The Post Covid Post, or, Unfinished Business                    I chose a profession that is also a dream.        That is an interesting metaphor-- A dream.     [It is hard to
Post a Comment
Read more 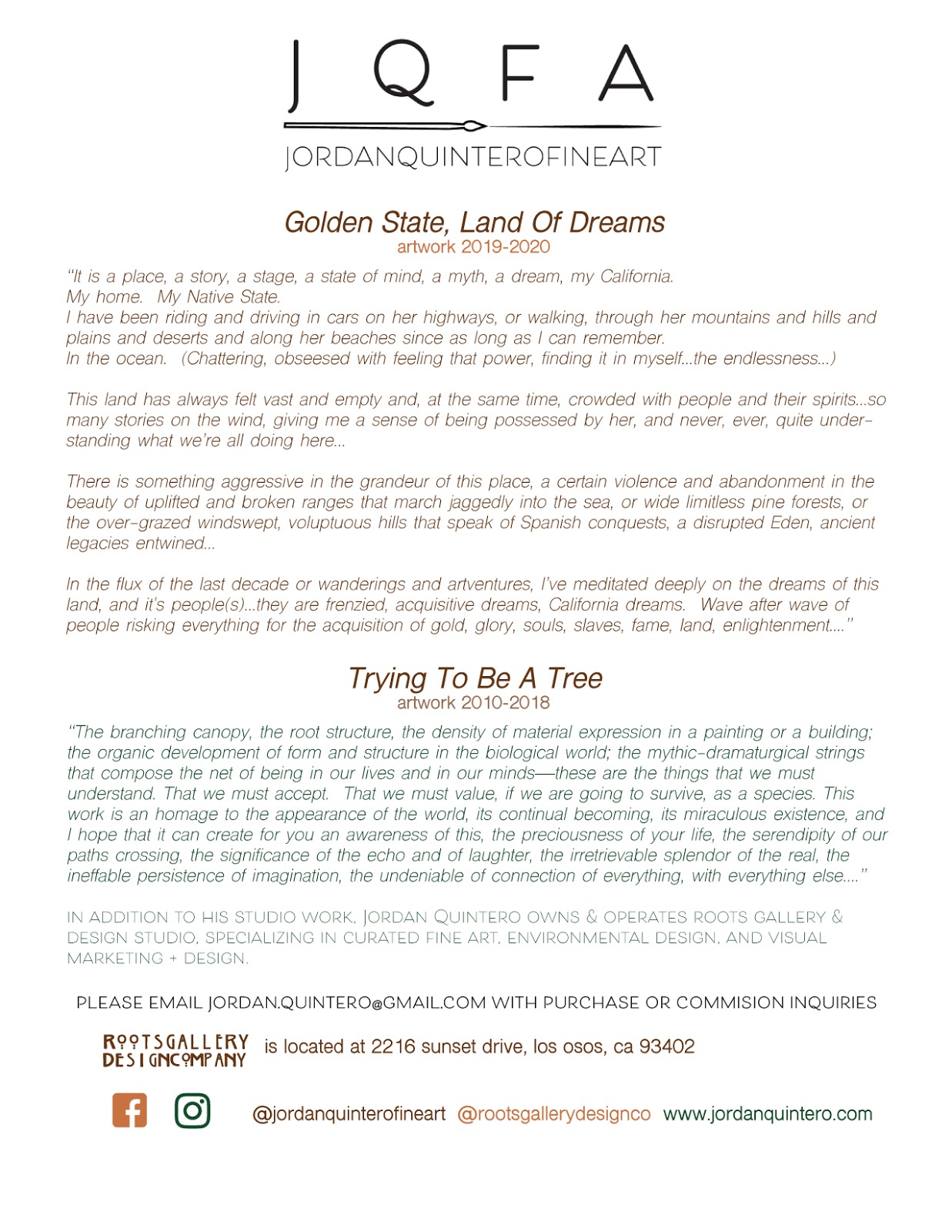 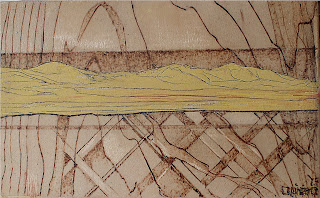 It is a place, a story, a stage, a state of mind, a myth, a dream. California. My home.  My Native State. I have been riding and driving in cars on her highways, or walking, through her mountains and hills and plains and deserts and along her beaches since as long as I can remember.  It has always felt vast and empty, and at the same time crowded with people and their spirits, so many stories on the wind, giving me a sense of being possessed by her, but not belonging to her... There is something aggressive in her grandeur; a certain violence in the beauty of uplifted and broken ranges that march jaggedly into the see, or the long limitless pine forests, or the over-grazed windswept barren hills that speak of Spanish conquests and missions. In the flux of the last year, making trips between Los Angeles for doctors appointments, Northern California to see people who mattered a great deal to me, and just running to-and-fro trying to keep myself afloat, I meditated deeply on the
Post a Comment
Read more 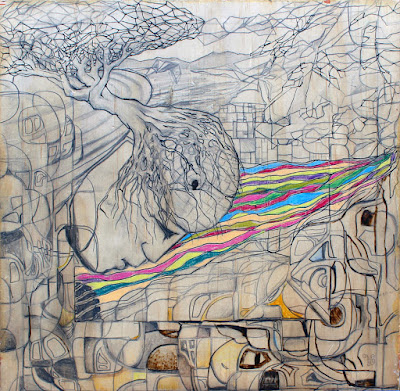 August 1st, 2019 ... Note: Web-links are highlighted in blue, click to view reference in new browser window.  Artwork price links will open artwork-specific web page on www.jordanquintero.com, on which works can be purchased through Paypal checkout by clicking on price tiles. ... So, I recently spent six days in a hospital bed at the UCLA Seizure Disorder Center , wired to an EEG monitor and observed on video camera 24 hours a day in order to discern whether my partial-onset focal seizures might be cured through surgical means, or not. Self-Portrait As A Guy With Seizures, 2016-17, ink, graphite, burning, wax color on birch ply, 12"x12", $325 What they now know with more certainty is: the seizures originate on the right side of my brain (the visual side), probably very close to where they can see a good-sized lesion/mass/cyst/scar-tissue-thingy on MRI images, in my right mid-temporal lobe. And, pending the results of several more rounds of risk-asse
Post a Comment
Read more
More posts

Jordan Quintero
California, United States
I've been creating in some form or another since I was an infant. My work has always been about consciousness. All of my work. All of my life. The business of editing attention. That process. It's remains are for sale or available on consignment.